A DRAFT planning framework for the development of the South West Rugby site has been published for public consultation.

South West Rugby, approximately 390 hectares of land situated between Cawston, Bilton and Dunchurch, has been earmarked for 5,000 new homes and 35 hectares of employment land.

The draft SPD details the considerations developers should take into account before submitting a planning application and outlines an indicative layout for the site - including a district centre incorporating a GP surgery and shops.

The draft SPD outlines how schools, green space, play areas, cycle networks and a fire station should be delivered, together with measures to both protect and enhance the site's woodland and wildlife - including a 'buffer zone' to ensure the ancient woodland at Cawston Spinney remains protected, and a further buffer zone between the South West Rugby site and the village of Dunchurch.

The draft SPD also sets out the timetable for the creation of the South West Rugby Spine Road Network - comprising three new roads to link the site to the A45/M45, the A426 and the B4642 - during the phased development of the site. 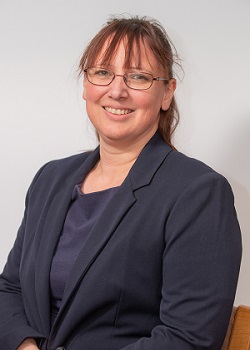 A six week public consultation on the draft South West Rugby SPD was launched today (17 October), with documents and an online consultation form available on the council's website: www.rugby.gov.uk/swrugby

Cllr Jill Simpson-Vince, Rugby Borough Council portfolio holder for growth and investment, said: "With a Local Plan now in place, the council can draw up Supplementary Planning Documents to provide a framework for the development of major sites and make sure the necessary infrastructure can be put in place to make such developments sustainable.

"The South West Rugby site plays a vital role in supplying the homes and employment land required to sustain Rugby's growth up to 2031, so it's vital the site can support a new, vibrant community with the necessary roads, public transport, health and education facilities, while protecting wildlife habitats and the ancient woodland at Cawston Spinney."

Copies of the draft SPD can also be viewed at the Town Hall, Rugby Library, Dunchurch Library and Wolston Library during normal opening hours.