AN EXHIBITION of contemporary prints inspired by the town's historic Redding Collection opens at Rugby Art Gallery and Museum later this month. 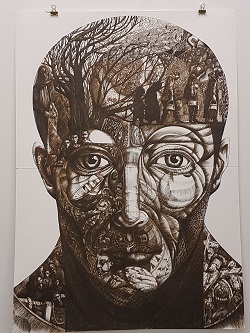 The works have taken inspiration from the Redding Collection, a collection of nearly 26,000 glass plates and cellulose acetate negatives taken by Rugby photographer George Redding between 1958 and 1972.

Redding captured Rugby and its residents on camera during a time of rapid social change, with the boom in the town's engineering industry and railways attracting migrant workers from across the globe, particularly Asia and the West Indies.

The collection of photographs was gifted to Rugby Art Gallery and Museum when the Redding photographic studio in Church Street closed its doors.

Journeys To Home includes a number of print workshops where visitors can learn a variety of techniques.

Emma Gardener hosts a drypoint etching workshop on Friday 13 July, while Eric Gaskell reveals the art of lino printing during a session on Saturday 11 August.

And print demonstrations take place on the opening Saturday of the exhibition (30 June) and every Wednesday during its run, where visitors can have a go at printing.

Journeys To Home also features screenings of Britain On Film: South Asian Britain, which weaves archive footage from across 20th century Britain to explore the experiences of communities originally hailing from India, Pakistan and Bangladesh.

South Asian Britain reveals the hostility faced by Bangladeshi migrants in the East End during the 1970s, footage from Indian independence celebrations in Leicester in 1959, and second generation youngsters exploring what it meant to be a young, British Asian in the 1980s.

The piece, performed in the town centre in June 2017, also took inspiration from the Redding Collection.

Journeys To Home runs at Rugby Art Gallery and Museum from Saturday 30 June to Saturday 1 September. 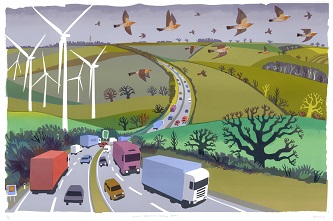 Cllr Sebastian Lowe, Rugby Borough Council portfolio holder for growth and investment, said: "The Redding Collection captures a period of Rugby's history when the town benefited from a boom period for industry and became home for migrants from across the world.

"Half a century on, the stories behind the collection of photographs still educate and inspire, and we're looking forward to unveiling the work of many of the Midlands' leading printmakers at Journeys To Home."

For more information on workshops and film screenings, and to book places and tickets, visit www.ragm.co.uk