A COUNCIL worker faces the chop to raise cash for charity. 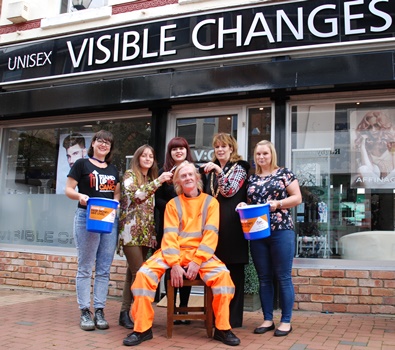 Paul Edmonds, a refuse and recycling operative, loses his locks on Saturday (23 September) at a charity head shave in support of Cancer Research UK and the Mayor of Rugby's chosen charity, The Matt Hampson Foundation.

Paul, who lost both parents to cancer, has organised the follicle fund-raiser with the support of Sheep Street's Bar 29 and Visible Changes.

And while Paul has his head shaved at Visible Changes at 2pm, the fund-raising carries on throughout the day at Bar 29, including a raffle with a host of prizes donated by town centre businesses.

Cllr Belinda Garcia said: "Paul has worked for the council for more than a decade and I'm delighted to back his fund-raising for such worthy causes.

"I'd like to thank all the town centre businesses which have helped Paul organise the event, and am looking forward to joining in the fun on Saturday."

Residents can sponsor Paul's charity head shave - and make donations to the charities - by visiting Visible Changes, Treacles Kitchen, Bar 29 and the Cancer Research UK shop, all in Sheep Street.

Raffle tickets can be bought at Bar 29.